Conference: Care and conservation of manuscripts 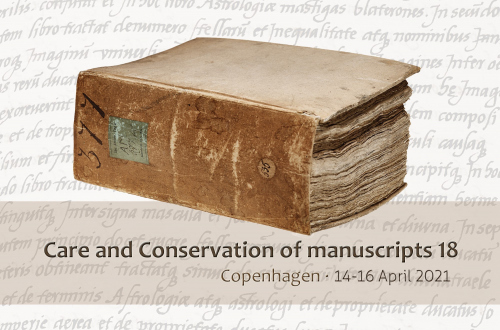 The seminar was modelled on a series of more informal meetings held by the „Research group on manuscript evidence“ based at the Parker Library, Corpus Christi College, Cambridge, where a relatively small group of scholars, librarians and conservators met several times a year to discuss manuscripts from as many different points of view as possible in order better to understand the manuscript as an historical artefact.

The 18th seminar on the Care and conservation of manuscripts will be held virtually from the 14th to the 16th of April 2021.

Register for the event
Further information about the program